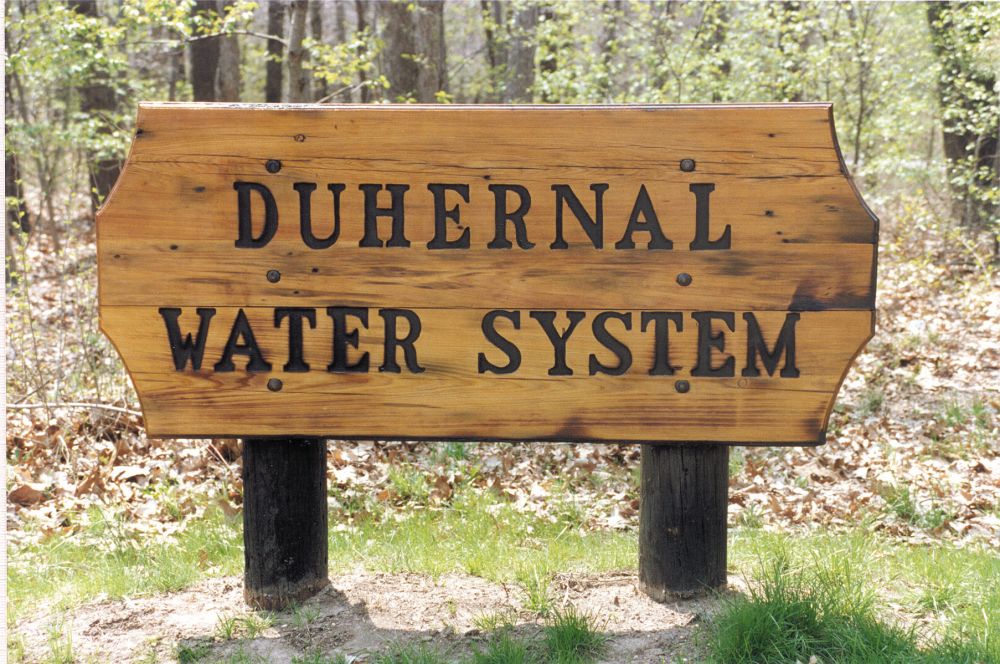 PROJECT HISTORY:
In 1994, The Borough of Sayreville became a 1/3 partner in the Duhernal Water System with two local industries, Dupont and Hercules. The Public-Private partnership worked well until 2013. After that point the two industries were using less and less water and Sayreville's demands were growing which led to concerns from the industries to make the necessary infrastructure improvements because of the cost for same and their low usage for water.

Mr. Samuel pointed out the benefits for all parties. The industries would no longer have to maintain and upgrade their individual water treatment plants and storage tanks that
required millions of dollars of improvements. They would not have to pay for improvements to the wellfield which was sending more water to Sayreville than to the industries, and they would not have to worry about the reliability of their antiquated systems.

Sayreville on the other hand would have increased diversion rights to allow its growth to continue to provide the necessary water to support continued economic development, and Sayreville would not be held back from making necessary improvements to the water supply system.

UNIQUE OR UNUSUAL DESIGN FEATURES:
• INITIATE DISCUSSIONS WITH PRIVATE INDUSTRIES FOR UTILIZING A LARGE PRIVATE WATER COMPANY, PREVIOUSLY A PUBLIC PRIVATE PARTNERSHIP, TO PROVIDE MORE WATER TO THE EXPANDING MUNICIPALITY
• SPEARHEAD NEGOTIATIONS FOR PURCHASE OF THE 2/3 SHARE OF THE PRIVATE COMPANY'S RIGHTS IN A WATER SUPPLY.
• COORDINATE EFFORTS BETWEEN LOCAL GOVERNMENT AND PRIVATE INDUSTRY
• OBTAIN NECESSARY APPROVALS FROM THE NJDEP FOR THE TRANSFER OF NECESSARY DIVERSION RIGHTS AND MODIFICATIONS NECESSARY FOR SAYREVILLE'S USE OF THE PRIVATE INDUSTRIES SHARES OF THE SYSTEM
• FAST TRACK NECESSARY IMPROVEMENTS TO THE WELLFIELD
• DEVELOPMENT OF A COST EFFECTIVE SOLUTION TO SAYREVILLE'S LONG TERM WATER NEEDS

THE RESULT:
When the agreements were finalized, Sayreville paid Dupont $2,450,000.00. Sayreville gave credits against future water purchases to Hercules valued at $3,000,000.00 but this allowed Sayreville to not bond for this portion of the acquisition. Also, Dupont and Hercules became customers of the Sayreville Water System bringing in approximately $1.25 million to Sayreville each year.

The Mayor and Council of the Borough of Sayreville unanimously voted in favor of the agreements. Therefore, once again through the foresight and persistence of David J. Samuel PE, PP, and CME and with the cooperation of the current administration, the residents of the Borough of Sayreville are now guaranteed a sufficient water supply will last well throughout the 21st Century.