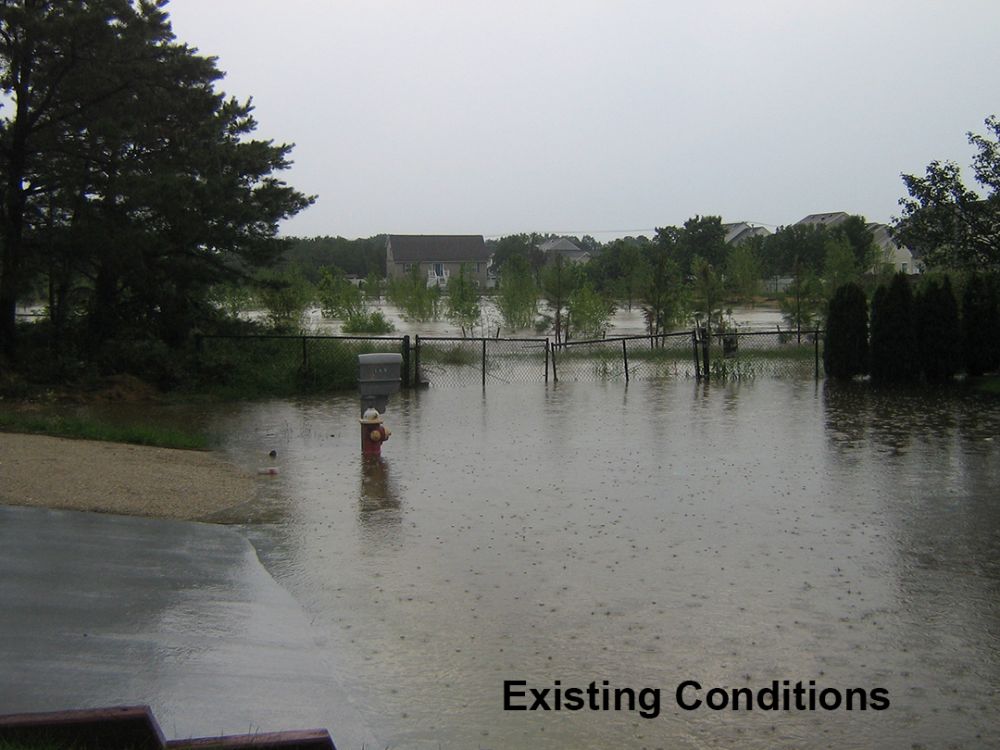 New Jersey Society of Municipal Engineers
Project of the Year

Throughout the last twenty years flooding within sections of the Ocean Acres Community became apparent and more prevalent. Certain areas were experiencing rising water and flooding caused by stormwater runoff almost everytime there was even a moderate rainfall. Several high intensity short duration storms occurred causing additional flooding in various areas, destroyed significant property, and caused severe erosion along roadways and stream corridors, which resulted in the outpouring of residents at Public Meetings

Though spot improvements were accomplished to address the flooding conditions over the past 20 years, these improvements did not provide the complete solution and did not fix the problem. Therefore in 2009, the Mayor and Township Council commissioned their newly appointed Municipal Engineer John J. Stefani, to address the concerns of the residents of Ocean Acres.

Through the hard work and tenacity of their Municipal Engineer, the residents of the Township of Stafford, especially the Ocean Acres Community, have already realized the benefit of the Stormwater Management Investigation Project. Initial improvements identified by this management project, and completed, have already alleviated the flooding events experienced over the last twenty years. Residents formerly troubled by annoying flooded yards, basements, and streets are finally pleased. The final phase, presently in the permit process will provide the Ocean Acres area with increased flood management for many years to come. Additionally, the constructed improvements were designed in a manner that improved the water quality of the Barneget Bay.