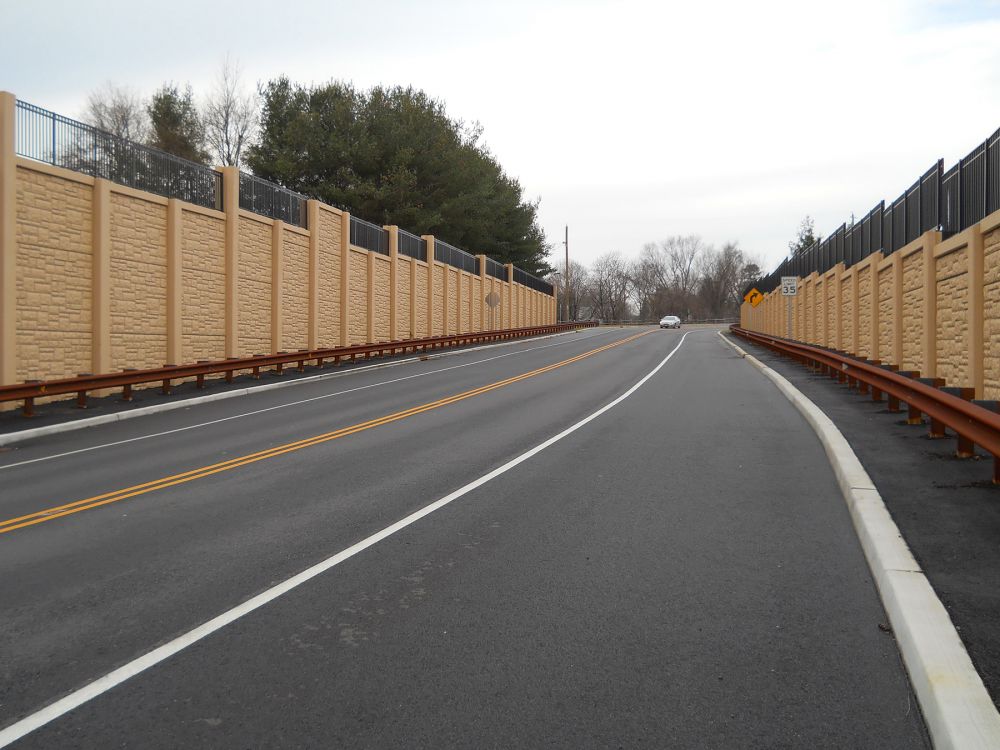 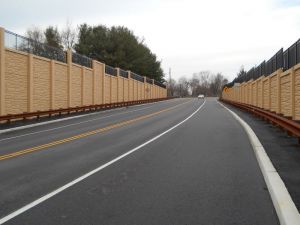 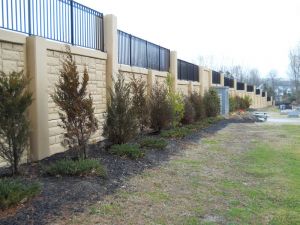 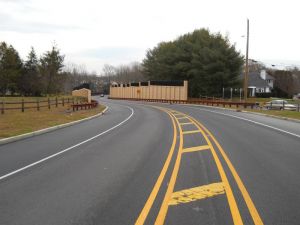 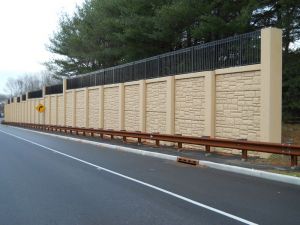 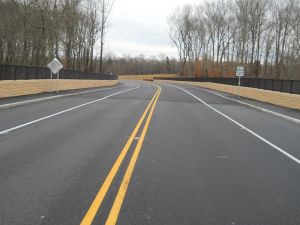 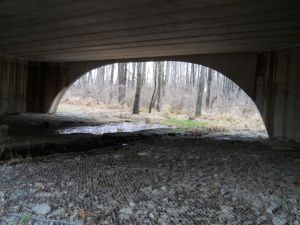 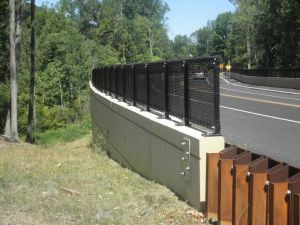 The US Highway 322 Bypass, which cuts thu the small rural town of Mullica Hill, New Jersey, will add much to transform this southwest area of the state and bring relief to the congestion which occurs during the summer months. Many small businesses had left Mullica Hill because of these traffic issues. The bypass brings hope that new businesses will be attracted to the beauty and tranquility of this picturesque community.

The roadway traversed environmentally-sensitive land, which required extensive wetland and community impact reviews. The final design included two major bridge structures and three signalized intersections.
Commencing in November of 2008, the initial phase of the project including laying pipe under the existing Route 322, and constructing drainage basins along with the use of decorative stone walls near the intersection of Route 322 & Clems Run Road.

The project included the construction of a bridge to repair a small tributary which crosses the roadway alignment. The soils native to this area is known as black maral. This material is extremely viscous, making it difficult to stabilize the machinery needed to build the bridge. These factors made construction of the footer for the south abutment considerably challenging. Modified crushed concrete was imported to the site and crane mats were staggered for the equipment.

Phase II design of the project was designed by CME Associates of Parlin, New Jersey. The design team was directed by Michael J. McClelland, P.E. – Partner, the roadway design team was led by the late William H. Skorton, P.E. and the structural design team was led by Samuel N. Kleinberg, P.E. CME Associates performed the geotechnical investigation for the Section 2 Retaining Walls and Structures. Of interest to note, the linear retaining wall system along with the existing Church of the Holy name of Jesus Cemetery, which utilized precast posts and panels with stained simulated stonework form liners and decorative metal railing all part of CME's design.

On January 11, 2012, Gloucester County officials, along with local dignitaries, cut the ribbon on the new stretch of roadway. The bypass was the result of the foresight of NJ State Senator Steve Sweeney, who conceived the idea during his term as a Gloucester County Freeholder. The $16 million dollar project was finished on time and within budget.