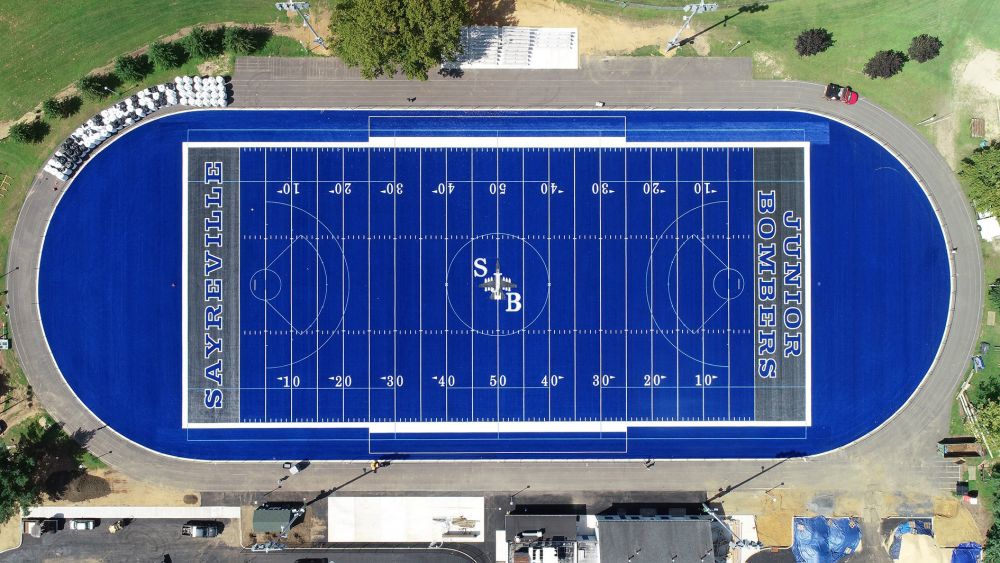 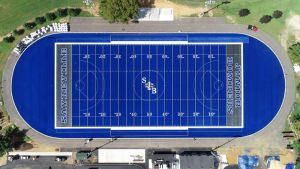 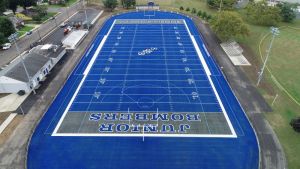 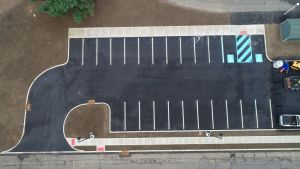 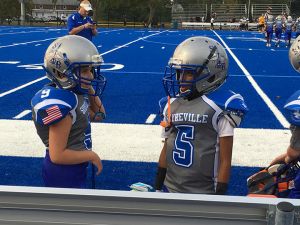 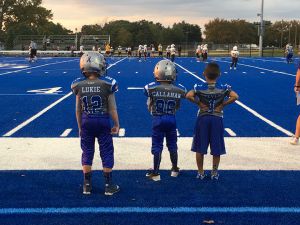 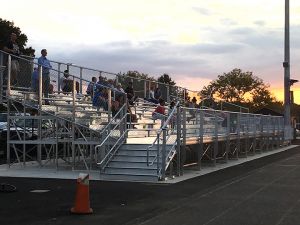 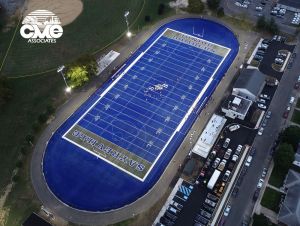 The Borough of Sayreville, located in Middlesex County has a long and rich tradition when it comes to Pop Warner Football. For many years this nearly 19 square mile community was the home to two Central Jersey Pop Warner Football teams, the Sayreville Leprechauns and the Morgan- Parlin Panthers.

In recent years, increased national awareness to the possibility of injury incurred in organized football has indicated a decrease in the yearly registrations in organized Pop Warner Football organizations. Unfortunately this decrease was recognized locally by these two proud organizations. Realizing what needed to be done, these two organizations got together, merged their talented administrations and became one and in 2017 the Sayreville Junior Bombers Pop Warner Football and Cheer Organization was born.

As part of the fresh start initiative of this new organization, their administrative staff approached the Borough of Sayreville to discuss the possibilities of providing home field improvements for this new team. Understanding their request, the Mayor and Borough Council directed Municipal Engineer David J. Samuel, PE, PP, and CME to work with the organization on behalf of the Borough in addressing this request and developing a plan for improvement.

After a series of meetings Mr. Samuel was able to develop a conceptual rendering and cost estimate for the improvements and present it the Mayor, Council and the football organization. The plan developed called for the reconstruction of the field and surrounding area while incorporating provisions for the Boroughs Parks Department. The plan was warmly accepted by all and in March of 2018 Mr. Samuel was directed to complete the design, bid the project and fast track the construction to have the new facility ready for the start of the Pop Warner Football season in September.

Initial construction included the removal of the existing natural grass field along with its antiquated underdrain and irrigation system. Additionally the removal of the former man-made lighting system along with the relocation of Borough Parks Department Storage Yard adjacent to the fields occurred.

The key request of the Sayreville Junior Bombers organization was the new field be constructed with state of the art synthetic turf. Additionally, it was requested that the turf utilize the Junior Bombers colors of blue and grey, the same colors worn by the Sayreville War Memorial Bombers High School Football Team. The request of the use of blue turf required an approval from the Boise State (Idaho) Athletic Department who owns a trademark for blue turf on football fields. Mr. Samuel once again worked with Borough Officials in applying for and receiving an agreement from Boise State for use of the blue turf on Veterans Field. A portion of the agreement states that no college teams can play on the newly constructed field. In fact, Veterans Field Park is presently the only blue turf Pop Warner field in the Country.

The project includes new state of the art field lighting. The system utilizes energy efficient LED lights and was constructed to incorporate the new sound system which was also part of the project.

The Borough succeeded in receiving a series of grants from the County of Middlesex that will cover close to 50% of the cost of the project minimizing the burden of the Borough Taxpayer.