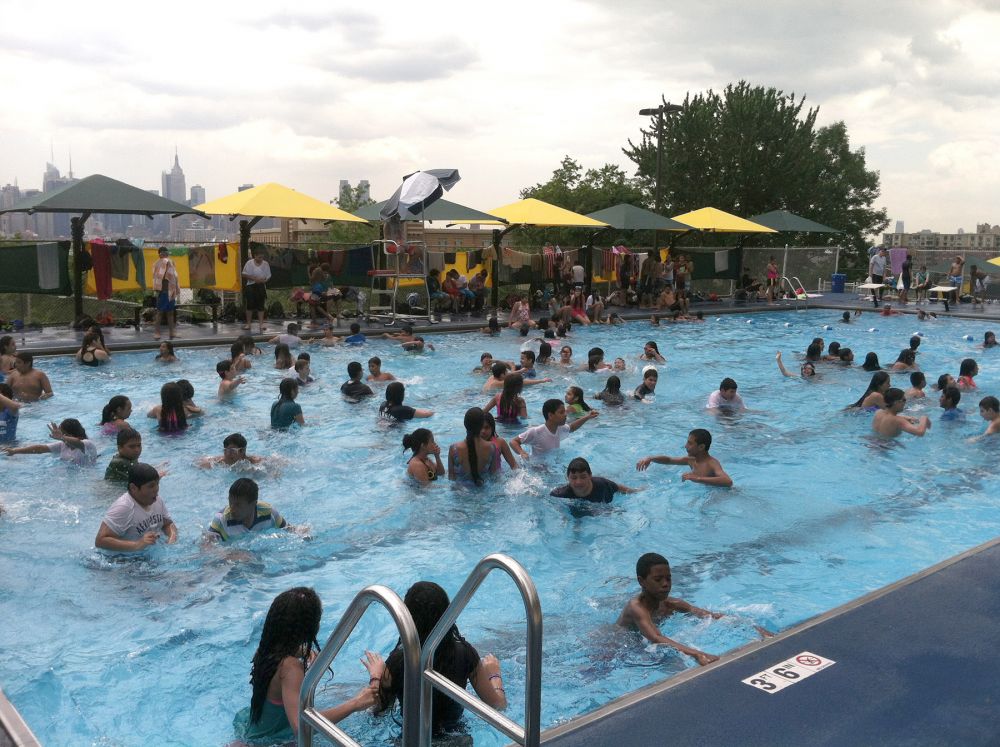 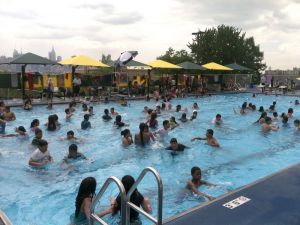 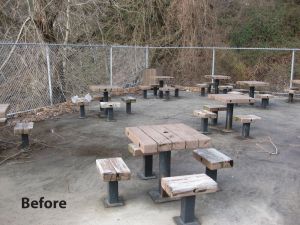 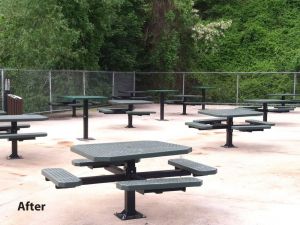 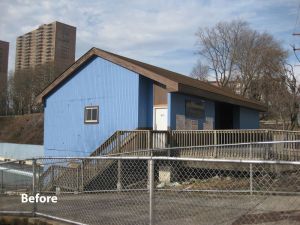 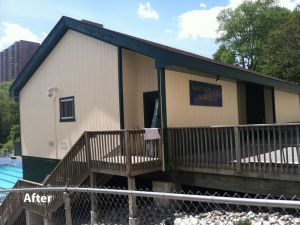 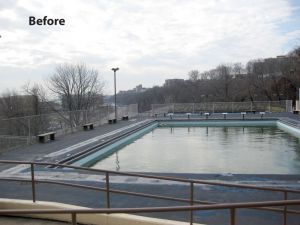 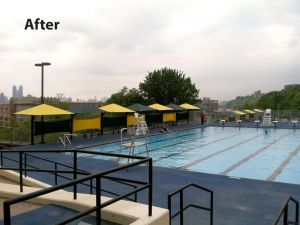 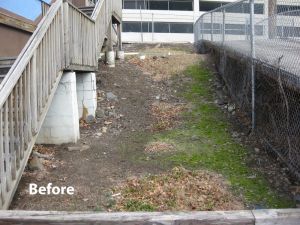 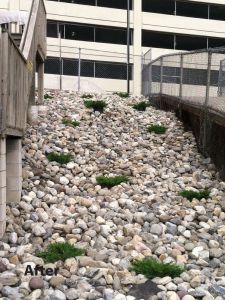 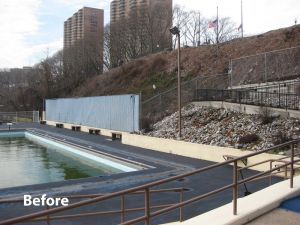 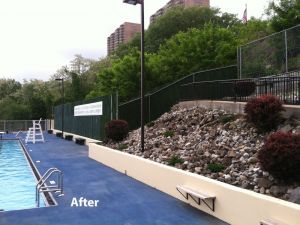 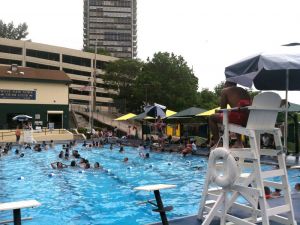 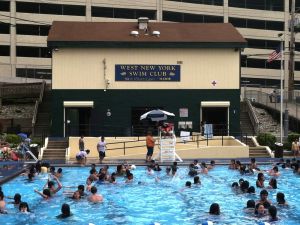 The Municipal Pool is located along Anthony M. Defino Way east of John F. Kennedy Boulevard East. The facility contains an existing building which houses men's and women's bathrooms, showers and changing areas along with a lower level which contains the life guard facilities. There is a main pool and a lower level kiddy pool which is next to a picnic area. The facility was in need of upgrades and repairs.

As part of this project, the Pool building's exterior siding was replaced/repaired and painted, the exterior doors were replaced, the bathroom stalls were replaced and ADA compliant sinks installed, a new ventilation system was installed in addition to new ceiling fans and all new lighting, a new flooring system was installed which included replacing all of the floor drains, the interior of the building was painted and new lockers, water fountains and a new hot water heater installed.

The exterior of the site also received major renovations as part of the project. All new exterior LED lighting was installed, fencing was replaced and hedgerow slats installed, all the existing picnic tables were replaced and new benches installed, deteriorated wooden landscape boxes were removed and replaced with planter box and bench combinations, an outdoor shower was installed, sunshade canopies were installed along the upper and lower pools providing much needed shade, general landscaping improvements were performed and a security camera system that is linked to the police station was installed.

The cost of the pool renovations was approximately $600,000.00. It was partially funded by the New Jersey Department of Environmental Protection – Green Acres Program.