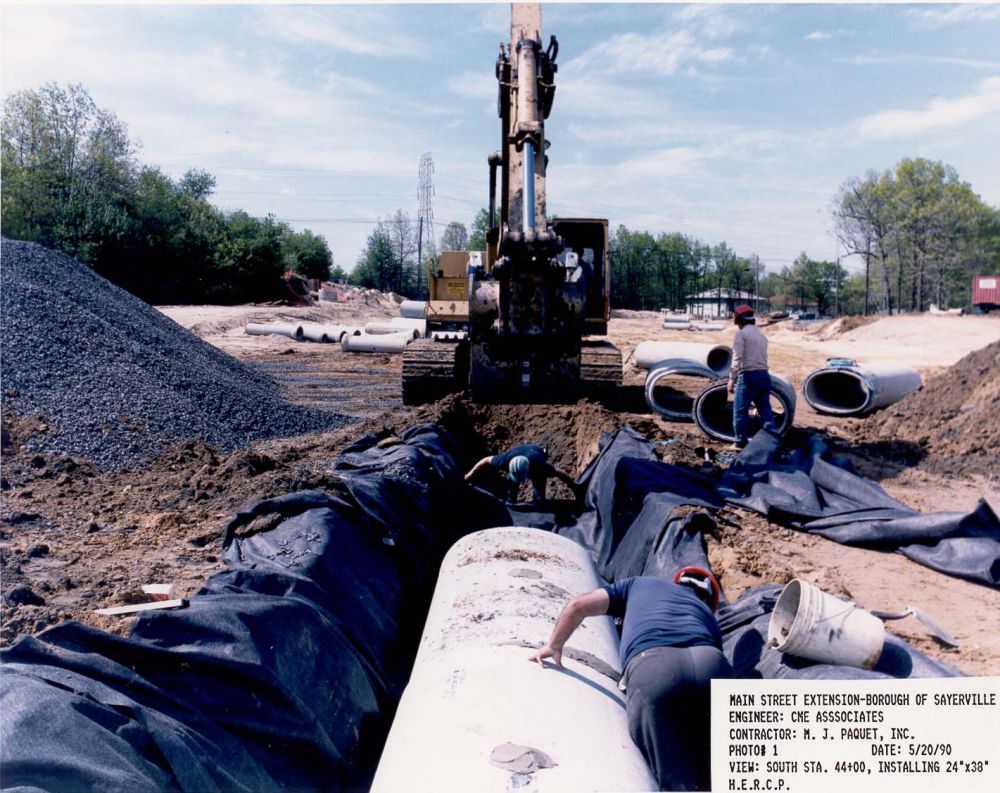 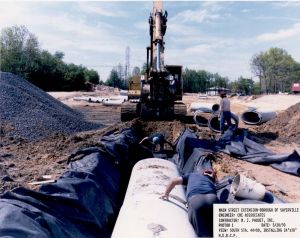 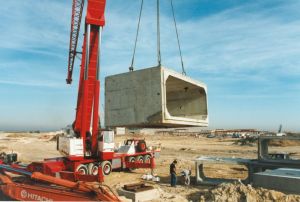 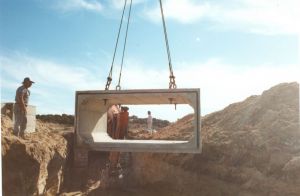 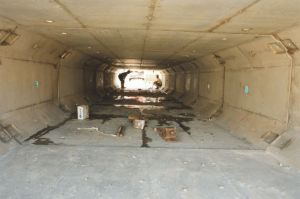 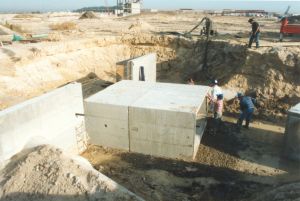 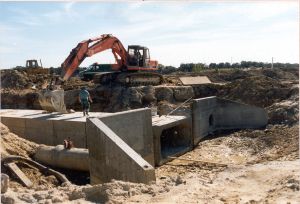 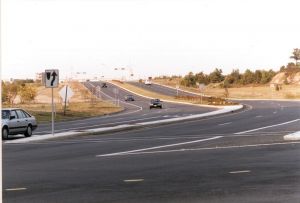 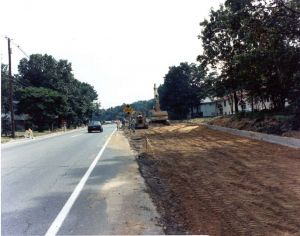 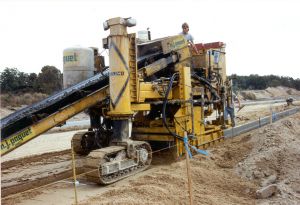 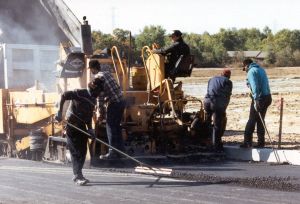 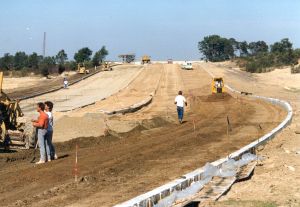 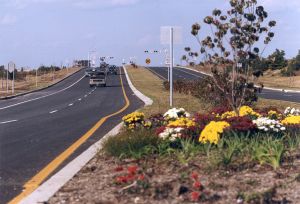 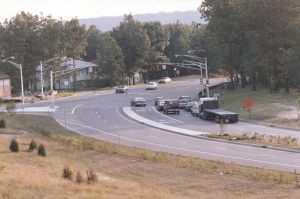 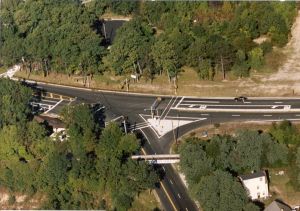 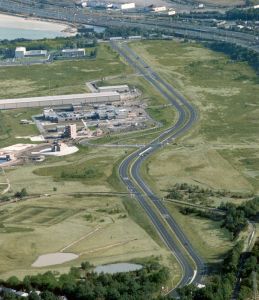 Due to its central location at the heart of Middlesex County, Sayreville has provided an attractive alternative to many from the hectic city lifestyle. Its rural charm allowed people to relocate their families away from the cities and still not be too far of a commute away from their place of employment. However, the housing boom of the 1980's was beginning to take its toll on the infrastructure of the municipality. Early morning access to Routes 9 and 35 and the Garden State Parkway had turned into a virtual gridlock. Back-ups of almost a mile were not uncommon as commuters all tried to reach the highways via the one (1) major roadway leading out of the Borough. What had started out as a commuter's dream had evolved into a commuter's nightmare.
.
By taking advantage of a vacant barren tract of land that previously had been raped of its natural resources, Borough Engineer, CME Associates developed a concept plan that called for the construction of a 1.4 mile four (4) lane divided roadway known as the Main Street Extension leading into and out of the Borough. CME Associates felt that by providing for dual access to the municipality, traffic tie-ups could be alleviated. In addition, the selected alignment provided easier access to the Victory and Edison Bridges as well as the southbound Garden State Parkway. The Mayor and Council overwhelmingly agreed with this proposal and the Planning Board soon incorporated this concept into their Master Plan.

As always, municipalities look to accomplish as much as possible for as little cost as possible. The Main Street Extension Project was no exception. In order to minimize the costs for this multimillion-dollar project, CME Associates first attempted to obtain grant monies to assist with reducing the project costs. The results of their efforts were the Borough's receipt of a 3.5 million dollar grant through the Middlesex County Federal Aid for Urban States (FAUS) Program. In addition, they were successful in negotiating an agreement with a nearby developer that provided for their performing some of the earthwork and drainage improvements on the project at no cost. Finally, due to the increase in potential development value of the adjacent properties caused by the project construction, the Borough passed an assessment ordinance in order that the benefiting property owners pay for the remaining project costs. The net result was the construction of a $5,000,000.00 project at no direct cost to the municipality.

In terms of alignment, the denude, moonscape-like condition of the selected property along with an active railroad line that bisected the area made for all sorts of design obstacles that had to be overcome. CME Associates met the challenge head-on by developing a state-of-the-art four (4) lane divided roadway cross-section which combined common design standards with superelevations for the higher design speeds that were anticipated in the area. This unique cross-section allowed the existing railroad to be crossed at-grade rather than through the construction of an overpass which resulted in significant savings to the Borough. This state-of-the-art design represents the only municipally governed roadway of its kind within the County.