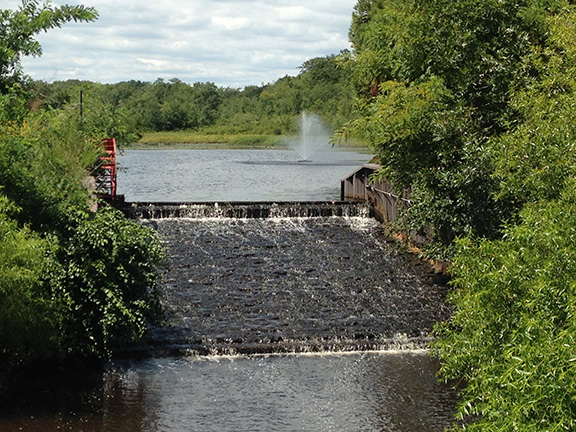 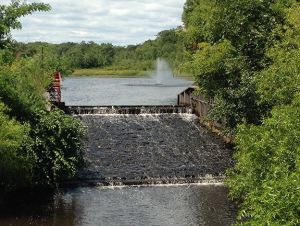 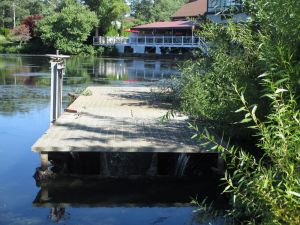 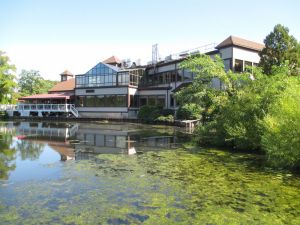 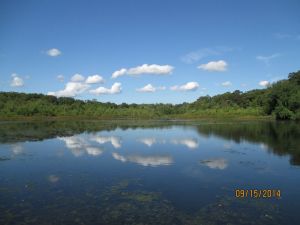 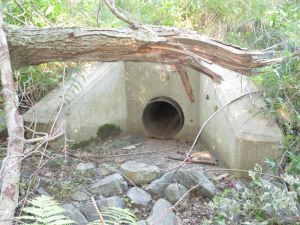 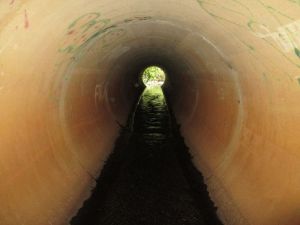 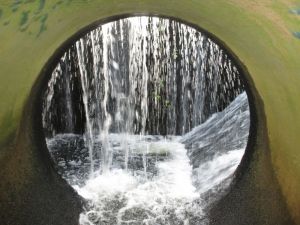 The Old Mill Pond Dam is on the Wreck Pond Brook in the Township of Wall, immediately upstream of Old Mill Road and Monmouth County Bridge W-25. The Dam consists of an 820 foot long earth embankment with a reported maximum Elevation of +16.7 and an estimated
average Elevation of +14. The embankment was enlarged with compacted earth fill as part of a major rehabilitation project from 2009-2010. New 2 foot wide concrete anchor trenches were installed along the entire length of the Dam for protection. Also, the embankment was regraded to create a 12 foot wide minimum crest with 2H:1V upstream slopes and 2.5H:1V downstream slopes. The proposed overtopping protection consisted of an embankment armor system comprised of articulated precast concrete blocks. A toe drain was constructed along the downstream edge of the embankment. The armor is covered with topsoil and is only visible at the toe of slope at a point about 575 feet from the spillway right training wall.

The primary spillway is a concrete and grouted stone masonry overflow weir 25 feet long that discharges into a grouted masonry / riprap lined channel contained within steel sheet piling training walls and sills. The secondary spillway is a concrete drop box structure with twin 72 inch diameter concrete outlet pipes. The low level outlet is mounted on the drop box spillway and consists of a slide gate that appears to be 18 inches in diameter that was replaced in 2010. A supplementary outlet is provided on the far right side of the dam near the right abutment and consists of a 12 inch diameter ductile iron pipe (DIP).

Based on previously prepared hydraulic studies, the Dam's hazard classification is Class II (Significant) and its Spillway Design Storm (SDS) is the 100 year storm event rather than the ½ PMF usually referenced for Class II dams. The tributary drainage area is reported to be approximately 7.5 square miles and the surface area of the Old Mill Pond at its normal pool elevation (Elev. 12.27 NAVD 1988 with flashboards) is approximately 6.2 acres. The 100 year storm peak flow was indicated to be 3,927 cubic feet per second. The report indicates that the design storm causes the earth embankment to overtop a depth of 1.6 feet for a period of about 6 hours. We have inferred that the armoring of the dam was designed to permit the embankment to sustain the overtopping without failure under the SDS.