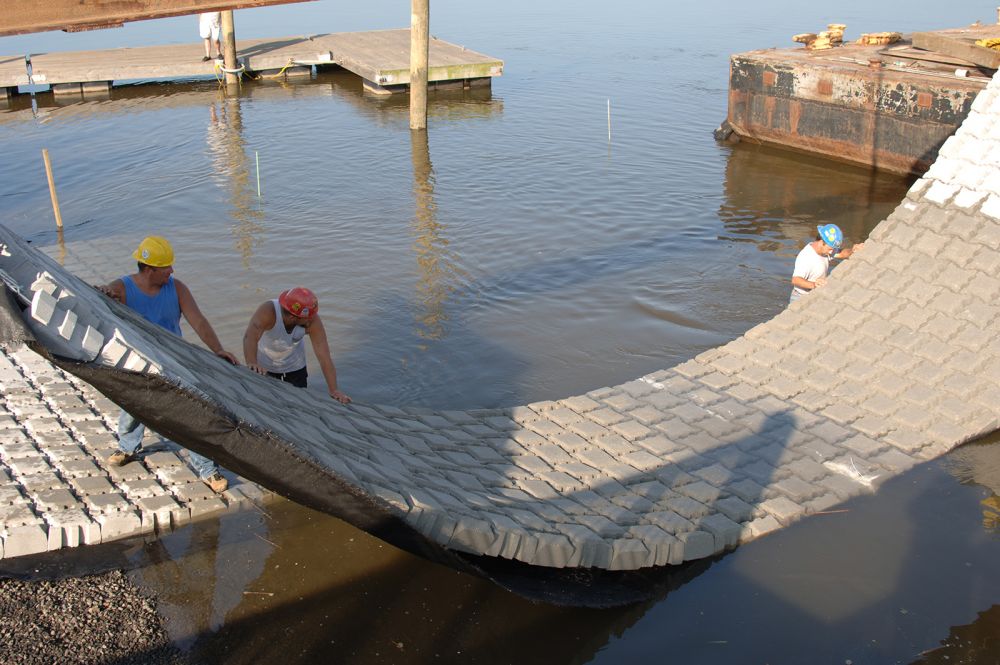 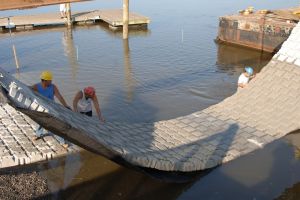 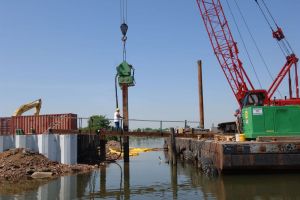 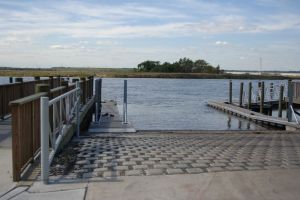 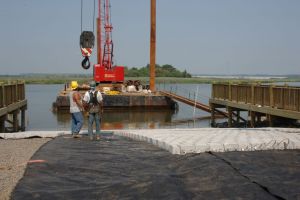 Generations of Sayreville residents have grown up at the River Road Waterfront Park. Since its initial construction decades ago, young children have been amazed watching boats being launched into the water and traveling along the river, teenagers have fished, crabbed and jet-skied in the area and senior citizens have gathered to relax, reminisce and watch the numerous activities taking place at the park.

Recognizing the community value of this recreational facility, in 1995 former Mayor James Zagata recommended a face-lift for the property. Due to its age, the boardwalk area had deteriorated to the point of being unsafe for public use. In addition, the boat ramps had eroded away to the point of making them unusable to boaters during certain tidal conditions. Finally, the lack of bathroom facilities also created some unsanitary conditions for the general public. Despite its poor condition, the River Road Waterfront Park was still one of the most popular park sites within the municipality.

In order to develop a plan to further improve the community value of the facility, in 1996 Borough Engineer David J. Samuel, P.E. was commissioned by the Mayor and Council to prepare a conceptual plan for the upgrading of the River Road Waterfront Park. Recognizing the value of the property frontage along the Raritan River, his plan called for the construction of a grand pavilion with benches and a covered shelter overlooking the waterfront. In addition, two (2) new boat ramps wide enough to allow a total of four (4) boats to be launched/retrieved at the same time were proposed. Also, a comfort station with bathrooms and a concession/storage area was recommended. In order to improve traffic circulation at the site, a reconstructed parking lot with designated car, boat and jet-ski parking was also recommended. Finally, a miniature light-house was also proposed adjacent to the boat ramps in order to create a focal point for the area and to reinforce the nautical theme of the project.

During the permit process, various design revisions had to be made to address potential environmental issues such as fish migration and the shadowing of aquatic habitats. Throughout the process, Mr. Samuel never gave up hope. After a long and arduous process, the final permit needed to construct the waterfront improvement portion of the project was obtained in Spring 2005, some five (5) years after the initial process began.
Construction of the second phase of the River Road Waterfront Park consisting of those improvements adjacent to the river began in the Summer of 2005. Under the watchful eye of Mr. Samuel, as well as those senior citizens who frequent the park on a daily basis, water-bound barges, pile drivers and other marine equipment mobilized to the site to begin construction of the boat ramps, overlook pavilion and waterfront shelter. Construction of the waterfront work progressed over the winter months and the project was completed for the Memorial Day 2006 weekend.

Now that the River Road Waterfront Park has had its facelift completed, it has truly become a showplace along the Raritan River. Boaters from throughout the County frequent the park on a daily basis to gain easy access to the river via the new boat ramps. Young children, teenagers and senior citizens also frequent the site daily to watch the boats, fish, crab and jet-ski. Through the efforts of Mr. Samuel, the upgraded River Road Waterfront Park will continue to be one of the most popular parks in the Borough for future generations.