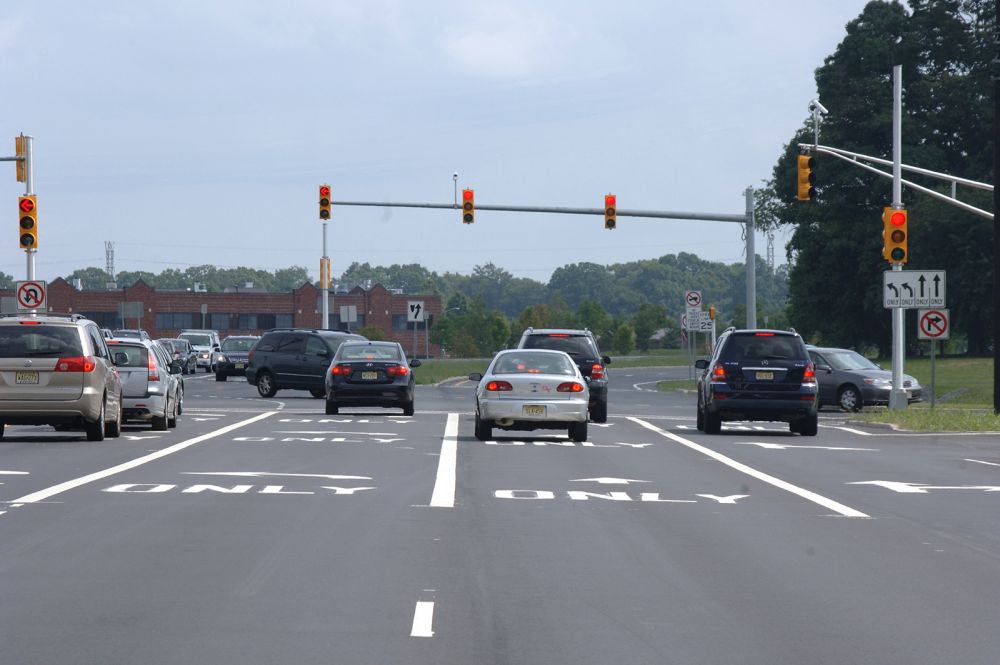 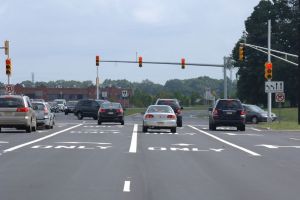 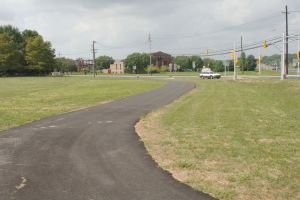 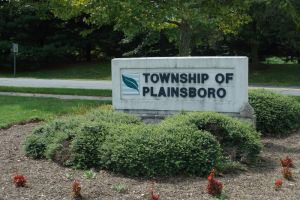 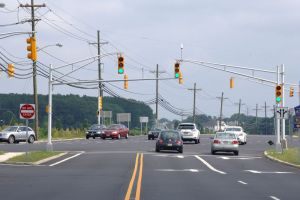 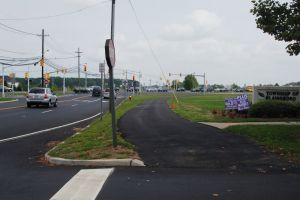 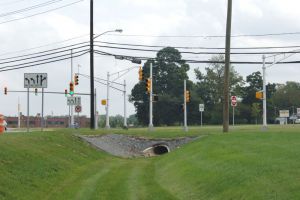 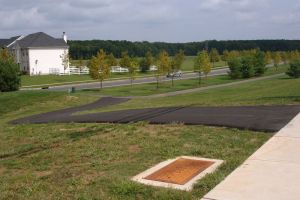 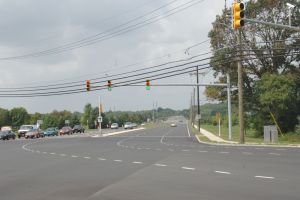 Improvements to the Intersection of Dey Road and Scudders Mill Road - Plainsboro, NJ

While it was once predominantly a farm town, Plainsboro Township has realized significant residential and commercial development over the last three decades. Although the Township has successfully improved it's transportation infrastructure to accommodate that growth, it's close proximity to U.S. Route 1 has resulted in significant traffic with origins and destinations outside of the Township, particularly on Scudders Mill Road and Dey Road, both of which are Middlesex County roadways.

Recognizing the need to accommodate this traffic at the intersection of these major arterial roadways and the uncertainty of the future construction of proposed Route 92 by the New Jersey Turnpike Authority which was anticipated to have accommodated a portion of this traffic, the Township commissioned Township Engineer David J. Samuel, P.E., P.P., C.M.E. and CME Associates to develop a plan to address the Township's traffic concerns.

Mr. Samuel began this difficult task by initiating contact with representatives of the County of Middlesex in an effort to gain consensus for the project and develop a cost sharing agreement between the parties. The Township has jurisdiction of one leg of the intersection and the County has jurisdiction of the other three which necessitated the intergovernmental cooperation.

With the cost sharing agreement in place, Mr. Samuel then provided his support to a "Real Intersection Design" professional development workshop that was sponsored by the New Jersey Department of Transportation Office of Bicycle and Pedestrian Programs and hosted by the Township of Plainsboro. The workshop was attended by experts in the transportation field and teams of workshop attendees who reviewed the project and developed design ideas for the improvements from various perspectives such as cycling, driving, streetscape, pedestrian, and persons with limited mobility. This effort resulted in valuable input into the project design.

The project design required additional traffic lanes to accommodate the significant east/west peak hour traffic volumes through the intersection which resulted in approximately 1.37 acres of additional impervious area at the site. Accordingly, Mr. Samuel developed a design that minimized curbing and maximized sheet flow over turf areas and incorporated vegetation filtering and infiltration trenches whereby the NJDEP best management practices were met to the extent possible and the required permits from the Delaware and Raritan Canal Commission and the Freehold Soil Conservation District where issued.

Mr. Samuel also incorporated pedestrian walkway improvements into the project which will provide unobstructed pedestrian access to the Municipal Complex from the Windmere Grove Development to the north and the Scudders Mill Road and Schalks Crossing Road intersection to the east where the Township's Village Center is located.