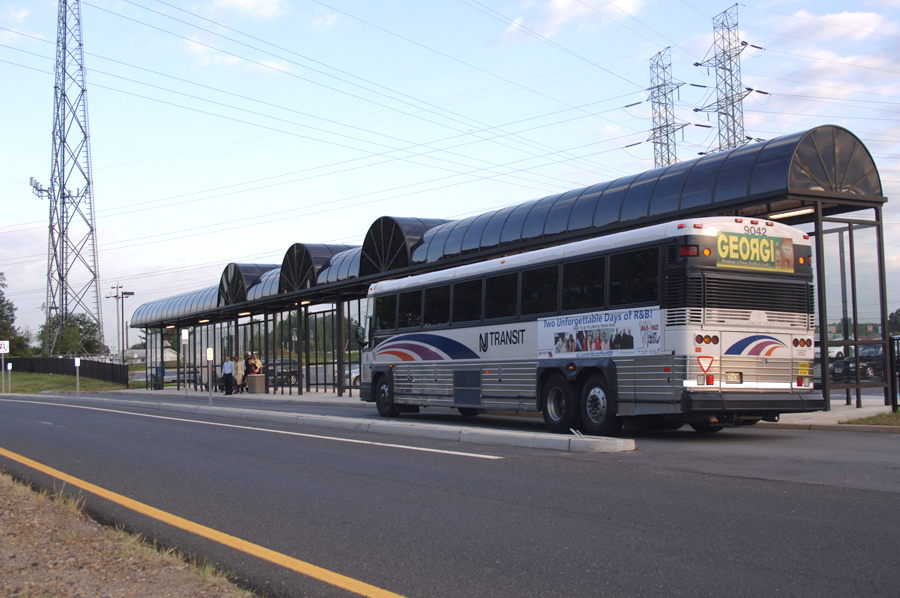 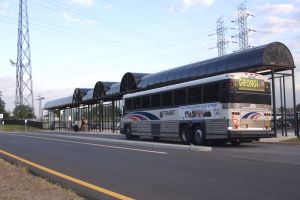 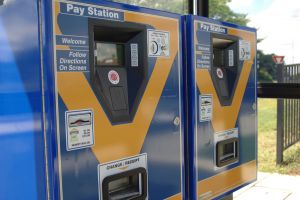 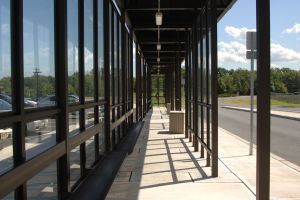 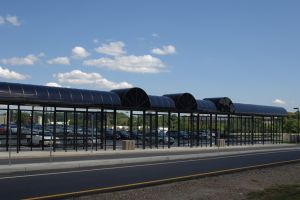 A few years ago commuters began to park their cars on residential streets near designated bus stops. The presence of these additional cars in the developed neighborhoods in turn caused problems for the local residents who no longer had available parking spaces. The Governing Body soon recognized that the only way to restore the quality of life to the residential areas would be to construct a parking area designated specifically for commuters.

The first step in the process was to find a location suitable for the construction of a commuter parking lot. Since most commuter bus traffic utilizes the Garden State Parkway, a parcel of land in proximity to the Exit 124 Northbound access ramp was targeted. In reviewing Borough records, a 1.78 acre parcel adjacent to the Parkway ramp was discovered. This municipally owned parcel was encumbered by a 150' wide Jersey Central Power & Light easement containing high voltage transmission lines. Although these site constraints would prevent building construction, they would not restrict vehicle parking. When combined with adjacent 3.14 acre parcels owned by the New Jersey Turnpike Authority (NJTA) with similar constraints, a perfect site for the new commuter parking facility was found.

Conceptual plans were soon prepared which revealed a potential 308 commuter parking spaces on the combined properties. Although the project looked good on paper, gaining approval from the NJTA to utilize their property was would not be an easy task. With the backing of the Governing Body and the assistance of a local Legislator, numerous meetings were held with NJTA representatives to review this proposal.

By taking under-utilized constrained property and converting it into a commuter parking facility, it was demonstrated that the project would be a win-win situation for both parties. The NJTA agreed to contribute $500,000.00 toward the project due to the benefits they would receive.

Further discussions with the New Jersey Department of Transportation (NJDOT) resulted in an additional $300,000.00 being committed toward the project. Via the acquisition of these outside funding sources, the cost of the project to the Borough was reduced by one-half.

Working to obtain get government approvals at any level can be a difficult task. However, for this project, Borough of Sayreville, County of Middlesex, NJTA, New Jersey (NJ) Transit and JCP&L approvals all were required.
Access into the facility was to be provided via the creation of separate turning lanes on Raritan Street. These separate lanes addressed concerns raised by Middlesex County relative to impacts on existing traffic patterns. The widening of the northbound Parkway access ramp and the insertion of a detention basin between roadways were finalized after much scrutiny by the NJTA. Even the bus turn-around ramps required by NJ Transit were able to be incorporated into the project design via the meandering of access ramps in between the JCP&L transmission towers.

Since the completion of this facility in October 2007, complaints from area residents about commuters parking within their development have been eliminated.