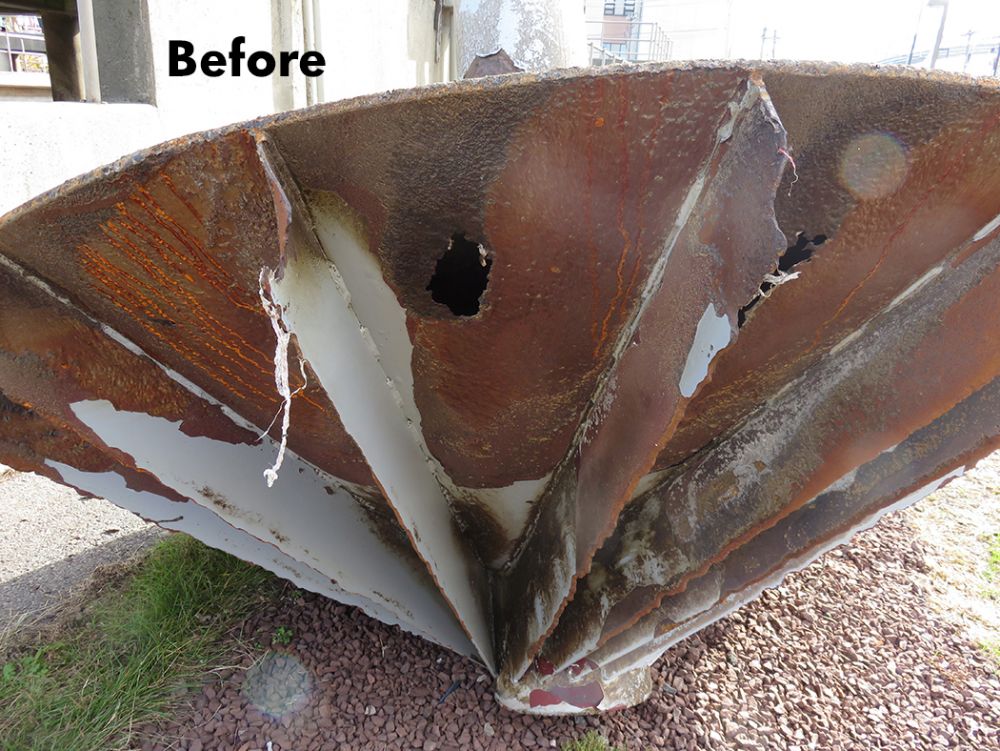 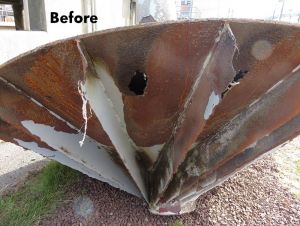 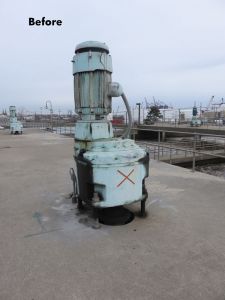 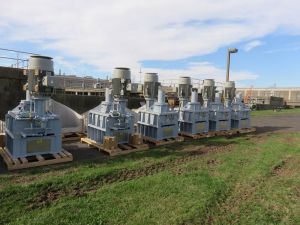 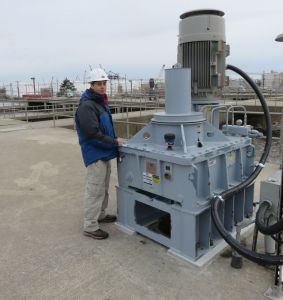 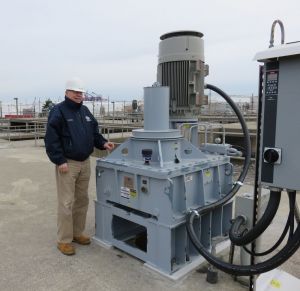 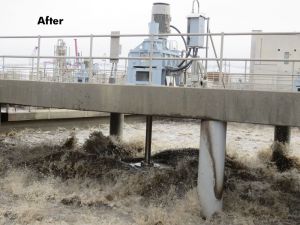 Mechanical aerators were selected in the 1974 secondary upgrade to minimize the amount of labor required to maintain the system when compared to diffused air. The project was originally designed with a diffused air system including massive air filters, four (4) 1500 horsepower blowers and swing arm diffusers. The diffusers were covered with cloth bags (socks) which had to be removed and washed frequently to avoid clogging. The sock cleaning process would have been a fulltime job for a work crew.

The original aerators were powered with two speed motors and gear boxes that reduced the rotating speed to 37 or 45 RPM. Process control was achieved by a combination of low speed, high speed or off positions on the respective selector switches. Each new aerator is powered with a single speed motor controlled by Variable Frequency Drive (VFD). Each pair of aerators are connected to a dissolved oxygen (DO) sensor to control aerator speed and oxygen levels. Ultimate control of all aerators is integrated by PLC's connected to the Plant's SCADA system. The impellers and connecting shafts are all stainless steel construction.